Local Good
Local Good is a regional organization wanting to foster engagement and spread positivity in your local communities by sharing good stories, spotlighting individuals, and support...
1632 Dickson Ave
Kelowna, British Columbia
Causes we care about
Social Mission
An informed community is a connected community! We want to help share your story with as many local people as we can. By sharing your stories, you can directly create impact by fostering volunteerism, inspiring people to join in random acts of kindness, and ultimately help build a stronger community for everyone! Everything you share goes to your local Black Press Media publication website :)
Businesses and organizations that we work with 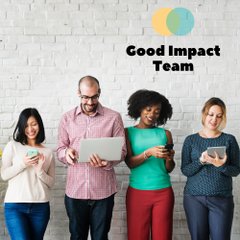 Community AmbassadorVernon (Can be done remotely)Flexible schedule
Help drive local good stories to Media!
Apply by Jul 31st 20201 / 30 spots filled
Stories of our community involvement
Local Good
3d
Save-On-Foods has presented the Golden Food Bank with a cheque for $1,480 as a part of their Pay It Forward campaign.This was the third year for the Pay It Forward campaign, which sees half the net proceeds earned from Western Family over the course of the week donated to local food banks in the stores respective communities.“it’s exceeded what we thought we would fundraise, everyone was really behind the promotion,” said Andrew Sanders, the manager of the Golden location of Save-On-Foods.“It’s awesome to see, especially right now with COVID-19 and the food banks being more important than ever.”For Sanders, supporting initiatives like the Pay It Forward campaign is an important aspect of the job. He strongly believes in giving back to the community, especially in times like this.He says he is proud of the support that the programs such as this one receive from such a small and tight-knit community.“People come here multiple times a week and they’re getting asked to donate to different programs all the time but they still get behind the programs,” said Sanders. “They’re super receptive to everything and they don’t seem to mind, this is such a giving community.”According to Sanders, Golden often beats out different locations in much larger communities.While he doesn’t have the final tally for the Pay It Forward campaign, he says that his store finished second in the region when they ran the Feed Hungry Kids program, beating out stores in much larger communities like Kamloops and Cranbrook.“It’s a nice part of the job to be able to give back to the community,” said Sanders. “It’s really important to our team and myself to really get behind that promotion and support it in our time of need.”It’s not the first time that Save-On-Foods has supported the food bank, which places special orders through the grocery store. Damaged products that the stores is unable to sell are donated to the food bank as well, rather than sending them to a landfill.While it’s a partnership that Sanders has inherited from before his arrival in Golden, it’s one that he plans to keep growing.
Local Good
5d
Over the spring, the Central Okanagan Foundation invested $236,542 in organizations across the region.The funds came from the organization’s spring 2020 grants.The foundation supports charities in the areas of youth and family, arts and culture, education, heritage and historical, health, global and the environment.“It is our privilege to steward donor’s investments to the community through our grant program,” said Cheryl Miller, Director of Grants & Community Initiatives. “These grants support a broad array of organizations whose work improves our community every day.”Sixteen organizations received funding through this round of grants, which is the first of two cycles for the foundation each year. The application deadline for fall grants is October 1.You can find out how to apply for the grants at centralokanaganfoundation.org.
Local Good
5d
The City of Vernon is launching its 2020 Sustainability Grants program. Small grants of up to $1,000 will be made available with the aim of encouraging community members to take sustainable action or advance ongoing projects led by Vernon residents, youth and non-profit groups.“Though many things have changed with COVID-19, we can still take action to help our community become more resilient,” said Christy Poirier, Manager of Communications and Grants. “The Sustainability Grants program provides a great opportunity for our community to connect with each other, safely, and build their own ideas from the ground up.”A broad range of projects will be considered. Some examples include establishing or improving a neighbourhood community garden, building educational or demonstration displays for conservation or undertaking efforts to reduce energy and greenhouse gas emissions.The grant program comes as part of the city’s sustainability goals, which include ecosystem and ecological conservation, energy conservation and greenhouse gas emissions reduction, local food and agriculture, water quality protection and conservation and stewardship.Applications will be accepted until July 27 and recommendations will be brought to city council for review. The evaluation process will look at how the proposed projects help achieve the city’s sustainability goals, who the project would benefit and the project’s overall impact on the community.Grant recipients will be announced Aug. 17, and recipients will have until June 2021 to complete their projects.More information on the program can be found at www.vernon.ca/sustainability.
Local Good
17d
The Penticton and District Community Arts Council is excited to announce that they have successfully delivered hundreds of art supply care packs to various community service groups. The project was a unique partnership between the Penticton Arts Council, Foundry Penticton, and OneSky, with support from an anonymous local business. A total of 360 art supply packs have now been delivered to the following organizations: Starfish Pack, SOWINS, SOICS, Better at Home, Foundry Penticton, OneSky Child Resources, Discovery House, and Compass House.Arts council administrator Bethany Handfield had been attending community foundation Zoom meetings and heard how vulnerable members of our community were being impacted by the COVID-19 pandemic. This prompted her to reach out to local social service providers, this was when she discovered that Foundry Penticton was also embarking on a similar project. From there, they joined forces to bring art supply care packs to children and families, teens, and seniors.“We knew that some members of our community were really suffering during the pandemic from financial losses, additional childcare, and social isolation. Hopefully the care packs will brighten their days and provide some fun creative activities,” said Handfield.For the full story, visit: https://www.pentictonwesternnews.com/community/penticton-arts-council-delivers-care-packs-to-community-members-in-need/To find out more about the Penticton and District Community Arts Council, visit: https://www.pentictonartscouncil.comTo find out more about the Penticton and District Community Arts Council pentictonartscouncil.com.
Local GoodYouTube
17d 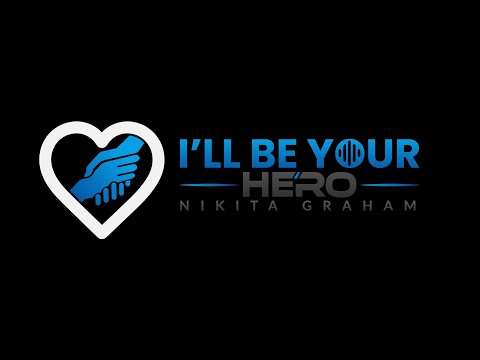